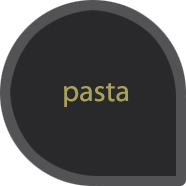 Historically, pasta was something that was not missing from any Greek house cellar. The ancient Greeks had a primitive kind of pasta like fried batter, called "lagana" which could possibly be where the Italian lasagna came from. Even the word "macaroni" is probably of Greek origin, from the word Makaria. Trahanas, noodles, chylopitaki, lazanaki, oatmeal. Pasta that surely remind us of ' Grandma' and ' village' and takes us back in time. The traditional crafts of Greece, for decades now, produce genuine traditional pasta, using the purest natural materials-wheat, water, eggs, milk and old homemade recipes.

Nutritious vegetable soup with mushrooms of Grevena (agaricus), trahana and variety of vegetables such as carrot, potato, spinach, wild garlic and wild neetle. It is prepared in a moment by adding hot water and is ready for consumption. 500g.